Pirates of the Caribbean – On Stranger Tides

I like how, every few years, Johnny Depp has the power to drag me to watch his insufferable Pirate films. This year was no different. ‘On Stranger Tides’ released last week and I knew that I had to watch it. I didn’t have a choice.
The addiction started years ago when I watched ‘What’s Eating Gilbert Grape.’ After that I was like a moth to a flame when it came to a Johnny Depp film. Then, in 2003 the first Pirates of the Caribbean released and I was….. amused, for lack of a better word. Depp was delectable as a bumbling idiot pirate who seemed to get everything right after getting everything wrong.
Then came Pirates Deux -Dead Man’s Chest and the only word floating around in my head was ‘What?’
And then of course in 2007 ‘At Worlds End’ released. After watching it I was certain that the world was going to end soon. This couldn’t be happening. He couldn’t possibly be making such aimless films. And so, last week as I walked to the cinema hall like a zombie to a populated city, I was hoping that I wouldn’t have to walk out with another singular worded question running through my head.
Lo & behold! I was entertained. And I was entertained for the entire 137 minutes that I spent in the theatre. This was such an awesome surprise.
The film started on a great ‘Enter Jack Sparrow’ note and moved on to a super fight/carriage-chase sequence with a cameo by Dame Judy Dench. I was thrilled. I had wanted to like this film and it was actually happening.
Jack Sparrow along with Blackbeard (Ian McShane) and Angelica (Penelope Cruz – who, by the way is such a brilliant relief from the ever pouting, ever shrinking Keira Knightly) are out to seek the ultimate treasure known to man – The fountain of youth. But they are not alone. Jack Sparrow’s frenemy Hector Barbossa (Geoffrey Rush) and the Spaniards are in the same race. They all need to get to the fountain of youth for completely different reasons, which is why the movie stays interesting. The race is on and it involves a lot of people who don’t like each other. Throw in some rituals to this already heady concoction and what we get is swords flying, pirate ships being run by magic, cruel captains and some absolutely beautiful mermaids.

Depp delivers a spectacular Jack Sparrow and Cruz (with that accent) can do no wrong in my eyes.

Tight story and a stellar cast. I say, bring on the fifth. 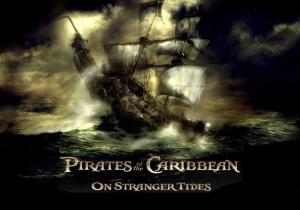